Lord yes, this is why I love the south.

Get our free mobile app

This is something you could easily see, RIGHT HERE IN ALABAMA, let's be honest.

We have more fun than everyone else!

Commuters headed down the interstate in Florida, had to do a double-take after seeing an SUV with a GATOR on the rear.

That's right, a gator attached to the bumper.

Not just any gator either. We're talking about a BIG gator.

It was caught on camera getting a lift, I guess you could say, on the back of an SUV in the middle of the afternoon.

Reported by television station WKMG, the giant reptilian creature was seen on I-95 in Brevard County.

The photos came from a local resident named Karen Kress.

Karen told NBC station WESH-TV, "It was definitely real, I have to assume it was legally hunted".

Are you ready to see this? Here goes.... 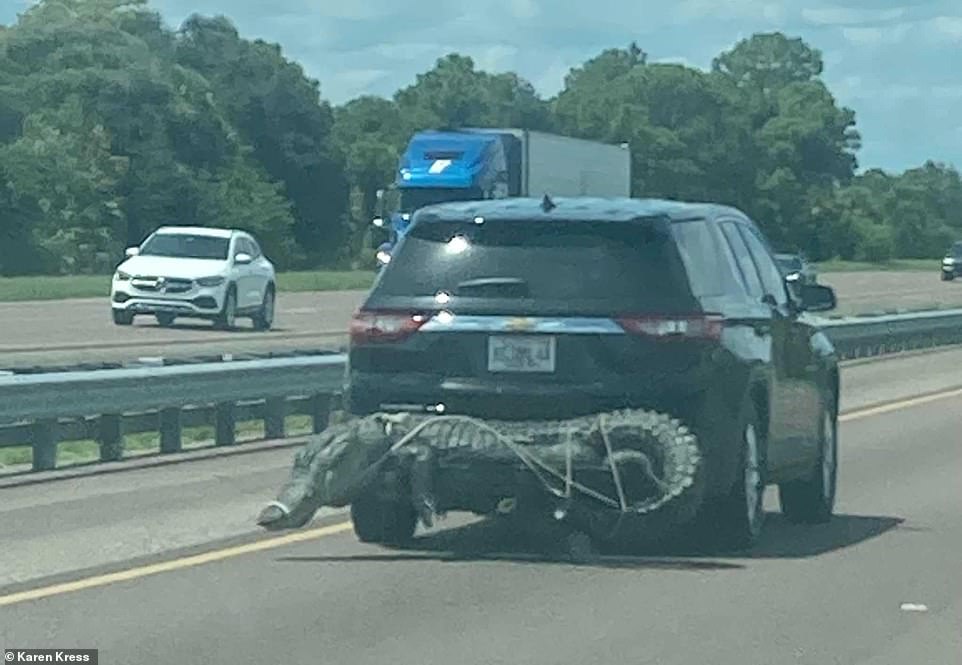 Yes, that's a gator strapped to an SUV going down the highway.

What else would you expect in the south? And in Florida?

States with the most registered hunters

Stacker analyzed data from the U.S. Fish and Wildlife Service to determine which states have the most registered hunters. Read on to see how your state ranks on Stacker’s list.

See the Must-Drive Roads in Every State

LOOK: The most expensive weather and climate disasters in recent decades

Stacker ranked the most expensive climate disasters by the billions since 1980 by the total cost of all damages, adjusted for inflation, based on 2021 data from the National Oceanic and Atmospheric Administration (NOAA). The list starts with Hurricane Sally, which caused $7.3 billion in damages in 2020, and ends with a devastating 2005 hurricane that caused $170 billion in damage and killed at least 1,833 people. Keep reading to discover the 50 of the most expensive climate disasters in recent decades in the U.S.
Source: HILLBILLY HEADLINE: Florida Man Straps Huge Gator To His SUV
Filed Under: Alabama, ALLIGATORS, breaking news, Editor's Picks, Featured, local news, Tuscaloosa
Categories: Articles, Local News, News
Comments
Leave A Comment
Deadly Alligators Could Land On Your Home Due To Storms
VIDEO: Florida Man Beats Off Gator To Survive Attack